Insurance.com have conducted a study to find the 10 most dangerous foods to eat while driving. We all know that driving and eating is probably not the smartest thing. In order to save time in this fast paced world we’ve all been guilty of it.

They claim the bad habit of munching while navigating traffic can lead to an average increase of 25% in your insurance costs and that most accidents associated with this behavior are rear-ending the car in front of you. In general 80% percent of crashes and 65% of near-crashes involve driver distraction…I don’t think I needed a study to tell me that!

The safest route would be to never eat or drink anything while operating a vehicle of course….but where’s the challenge in that? My life is too boring not to add death possibilities to mundane tasks.

Anyhow,…here you go: The 10 most dangerous foods to eat while driving! 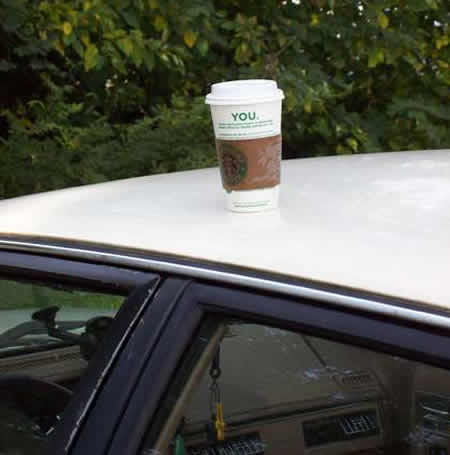 This is probably the No.1 drink, people consume in their car while driving. I guess, due to the fact that the lid never quite fits the cup and the high temperature, coffee has taken the top spot.