Part of the brand’s Heritage range, the Lanzerac Mrs English Chardonnay 2016 is a true reflection of the elegance and sophistication of her namesake, Mrs Elizabeth Katherina English. Mrs English, who purchased the property in 1914 for the fetching price of £18 000, is believed to have bottled the first Lanzerac wine from grapes cultivated on the Estate. 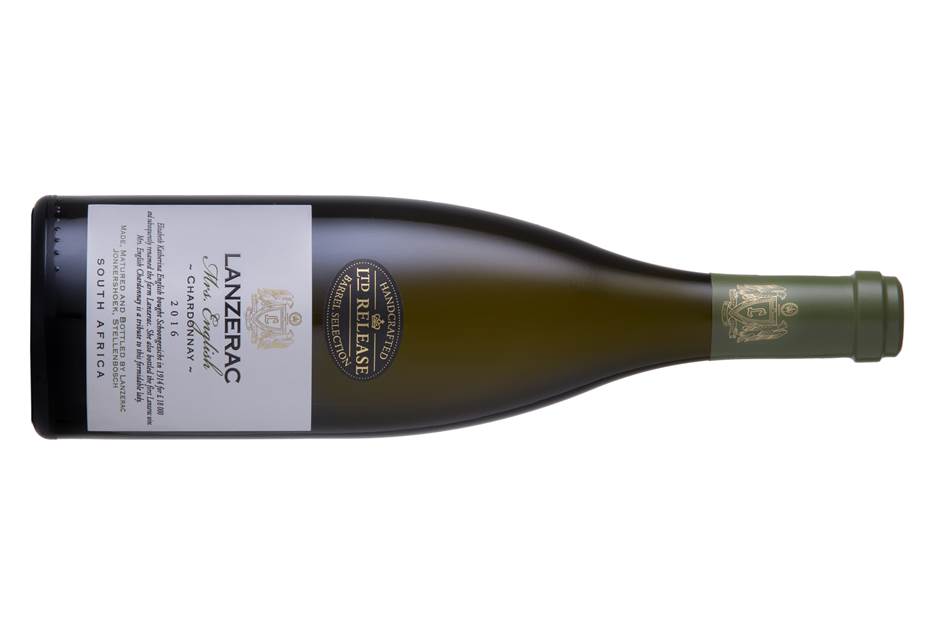 The Chardonnay grapes for the 2016 vintage were sourced from a 21-year-old single vineyard block in the Jonkershoek Valley of Stellenbosch. “Jonkershoek has a unique terroir within the greater Stellenbosch district in that the temperature in this belt is consistently lower than the Stellenbosch average. This results in slower ripening and ultimately the perfect phenolic ripeness of grapes,” says Cellar Master Wynand Lategan. “Each barrel was inoculated with a different yeast strain, which provides me with different building blocks when I finally blend the wine before bottling, and it ensures a softer, yet multi-dimensional, wine.”

Only French Oak barrels were used for fermenting the Mrs English Chardonnay 2016 and comprised 50% new and 50% second fill. Weekly bâtonnage was done throughout the 11-month barrel-maturation process. The wine is subtle and elegant with a steely core, allowing for a concentration of fresh flavours such as grapefruit and marmalade, with a soft vanilla undertone. Extended lees contact add texture and richness, resulting in a wine that is perfectly seamless, subtle and refined.

The 2016 vintage, limited to 4 800 individually numbered bottles, is part of an acclaimed lineage and accolades for earlier vintages include Top 100 SA Wines, 4 1Ž2 Stars in Platter, and Gold in the Museum Class category at the Old Mutual Trophy Wine Show. The current release vintage is ready to enjoy now, but will reach its full drinking potential if left to age for a further 10 years.

The Lanzerac Mrs English Chardonnay 2016 is the perfect wine partner to decadent foods such as vichyssoise, fresh crab or parsley and lemon crayfish. It also partners beautifully with a velvety, baked lemon cheesecake. Available only from the Tasting Room at R450 per bottle.