The well-known food personality, Anél Potgieter, is experiencing one dream after the other coming true – all this after she turned 40 years old. Although she is already a regular face on television (including the breakfast show, Expresso, amongst others), she is now going to present a brand new TV show, Bak of Brou, which will be broadcast on Via (DSTV channel 147) at 18:30 on Mondays commencing on 17 July. 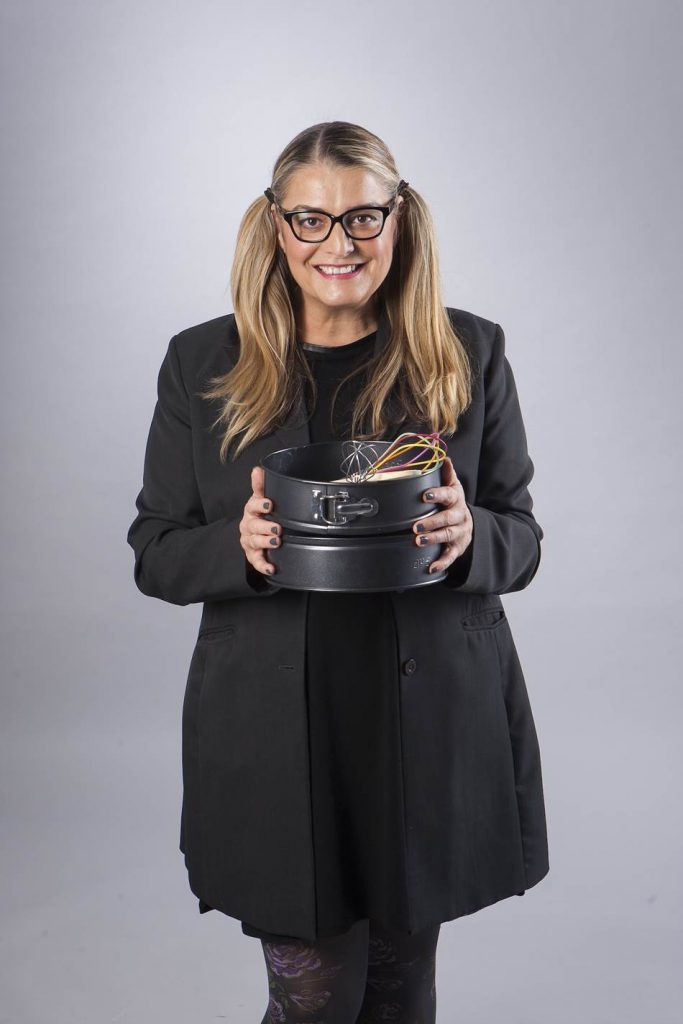 Over and above her television work, Anél is also the food writer for a Sunday newspaper, a regular guest on radio, a freelancer for a variety of magazines, and as a food blogger she has been awarded as the best food blogger in the country twice in a row!

All this occurred a couple of years ago when Anél resigned as a marketing manager to follow her passion of becoming a full-time foodie.

Wow, when I look back now, I must have been either exceptionally brave or a real chancer. But thank goodness I did it, as my life was never the same again – every day is just one adventure after the other.

So what can viewers expect of Bak of Brou?

As Anél explains, two top bakers will receive an identical brief from a client (celebrity) for an event. The bakers won’t know who the client is initially, and only has three hours to produce the winning cake, cool it, decorate it, and finally stack it. To add to the drama, the participants will receive more clues during this time that will either assist them… or throw them off completely. “Then they must still transport the cake to the venue, and as we all know, to transport a cake can only cause trouble. All this action is captured on camera. It’s only at the party where they will meet the celebrity client for the first time, who will then decide (alone) who interpreted the brief the best and who failed. There is so much drama and comedic moments which will be provide so much entertainment with every episode,” she states.

Each episode features a well-known celebrity, ranging from Elana Afrika-Bredenkamp, Crystal-Donna Roberts to Kurt Darren and Jenny Morris, amongst others.

Anél was raised in a small Free State town of Wepener. >From the age of eight years old she was given the responsibility of preparing the cakes and treats for the visitors who came to their house after church every Sunday. At the church fétes the older ladies would ask Anél to taste the curries to ensure that they were correctly seasoned and spiced, “I had to stand on a chair and peek into the pots on the gas stoves and after tasting their dishes I would tell them which curries needed what in order to get the perfect taste balance.”

My life is a testimony to the fact that one should never give up on your dreams. Age should never be a hindrance. I really believe that if you can dream it, you can do it!