Recently, KFC announced their latest adventure, and it is ‘out of this world’.

The chain has partnered with a space exploration company – World View – and is planning to launch their new Zinger sandwich into the stratosphere and back. KFC’s U.S. president, Kevin Hochman said that they are excited for their sandwich to travel to space, and to support World View’s advancing space research. 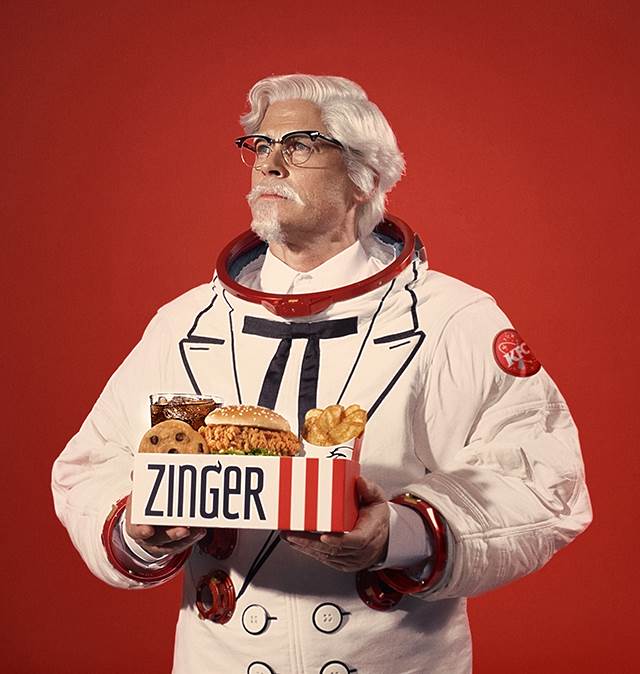 In preparation for their new project, the KFC Instagram page has been posting pictures of actor Rob Lowe dressed up as the new colonel in a space suit. Clearly a lot of effort and money is being put into this campaign.

The spicy sandwich/burger is available in South Africa, and consists of a fried chicken breast fillet, served with mayo, lettuce, and tomato, on a bun.

It sounds delicious, but the question is: is a burger worth the amount of money being put into this campaign?