Pop up restaurants have become extremely popular over the last few years, and they are becoming more and more unique and fun. According to Entertainment Weekly, the Drink Company based in D.C. is opening up a Game of Thrones themed pop-up bar. The bar will serve drinks based off of certain characters, like Daenerys Targaryen, as well as have rooms decorated with themes from the show.

Cool, right? “So why don’t we have anything like that here?” You may ask. South Africa may not have any series themed pop up bars yet, but we do have many other exciting and fun pop up restaurants on offer. 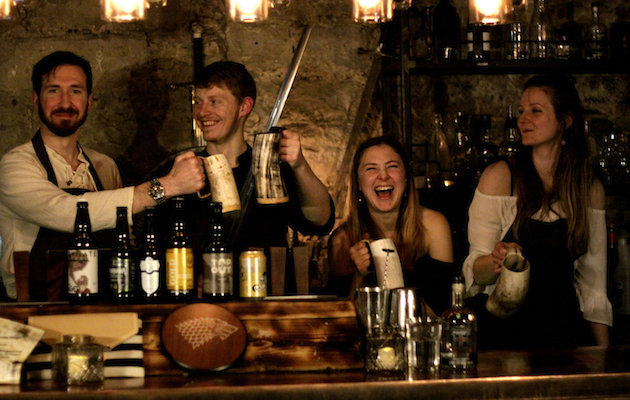 In Cape Town, the Be Part of the Mystery murder-mystery dinner parties created by Lente Keyser, are exciting dinner parties that involve good food and a mysterious plot. Guests are sent a package containing information about the story-line of the mystery, their character, and their dress code, making for a very entertaining dinner experience.

Another exciting pop up event in South Africa, is the SecretEATS dining experience. Guests will be told of the location on the day, in the past they have been hosted in unique venues such as in caves and art galleries, and they diners be served interesting food by top chefs.

There are many more fun and unusual pop up events like these around South Africa, and maybe, one day, we too will start seeing series themed pop up restaurants here.